Here are photos of our 1977 s/n 0242 that we would like you to post on your site.  Our car is a code 52 corvette yellow with dark brown leather interior  It has the L-48 with the wide ratio 4-speed, sport mirrors, aluminum wheels, tilt/tele, a/c p/s, p/b, rear defogger, am/fm 8-track, and the convenience group.  I am the fifth owner of this well documented 51,500 original mile 1977.  The car spent the majority of it's life in northern New Jersey, and I purchased it last July('04) from a guy in southern New Jersey.  Now it is in eastern PA. about 20 miles north of Philadelphia.  The car was retrofitted by the original owner with a GM power antenna and the the side fender flags.  Other than that it is a stock L-48 180 HP and will stay that way as long as I own it.  Thanks again Binnie.

This car is a fine example of a very early '77 built in the first week of production.  It is also one of 71 color code 52 bright yellow cars built before the code was changed to 56.  It also has the 4-speed option which puts the car in a very desirable category.

Update: Chris is the forum moderator for CorvetteC3.ca 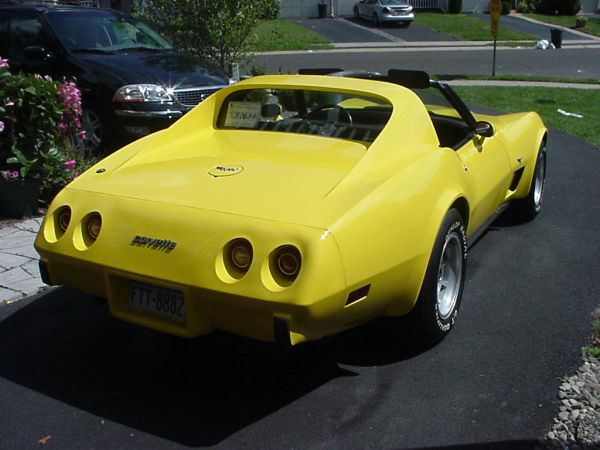